The Eco Hotel Movement in Bali

Gisela Williams writes about the move towards eco-hotels in Bali in Departures and kindly credits us and our ‘Green Family’ for inspiring the movement.

Bali was the ideal setting: The island, which is currently dealing with an overtourism problem that has, in turn, created a water and waste crisis, is also home to a community of sustainability-minded designers and hoteliers who have come together to confront the island’s issues. Over the years, this local movement has evolved into a dynamic green incubator, much of it driven by John and Cynthia Hardy. Ten years ago, they built and founded the world’s first Green School, which offers an environmental curriculum for both local and international students from prekindergarten to high school. Next door to the Green School, two of John’s children are working on ambitious projects: Elora Hardy and her team at Ibuku studio have been building the Green Village, a community of bamboo villas, while his son, Orin, and his wife have founded Kul Kul, a permaculture farm that hosts workshops on a range of topics, from bamboo buildings to herbal medicine. The Hardys and their respective work have influenced many entrepreneurs as well as public initiatives, including a recent Bali-wide ban on plastic bags.

“John has been preaching to me for the past eight years,” says hotelier Ronald Akili, whose children attend the Green School. In 2009, Akili opened the popular Desa Potato Head, a beach club in Seminyak, on the island’s southwestern coast. “He’s like, ‘Ron, you are the young blood, you have to take control.’” 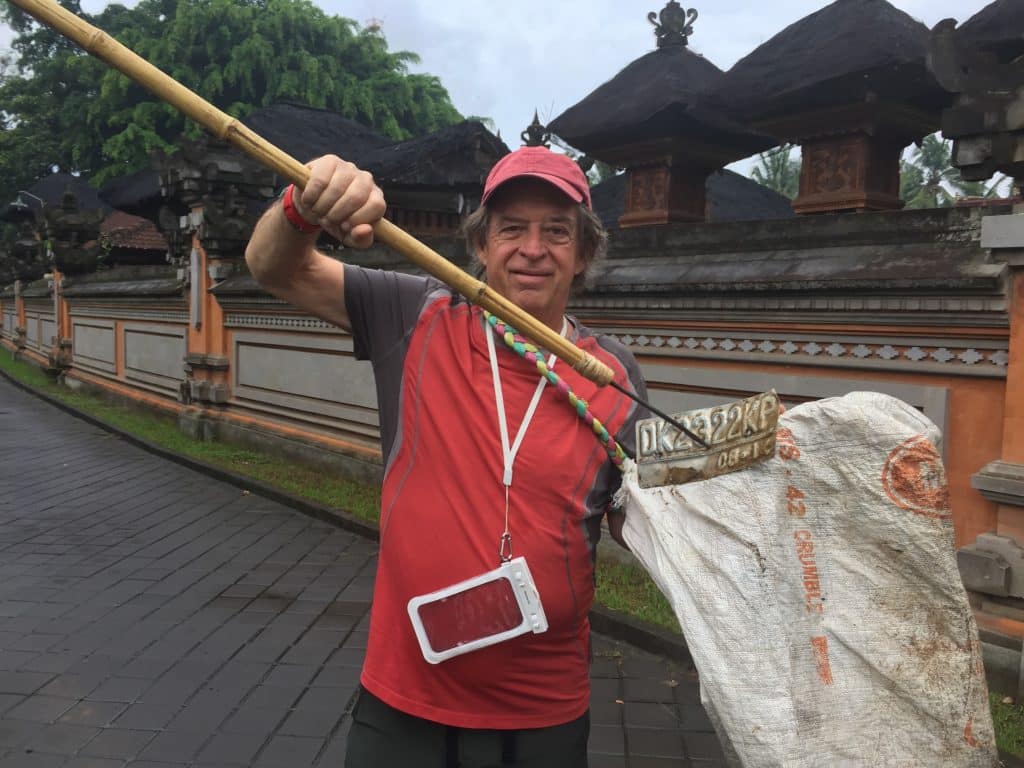 Several times a week, the Hardys lead Trash Walks through the surrounding rice fields, picking up litter as they go. That particular morning, they were looking for a new route to take a group of corporate leaders from Aqua Indonesia, one of the country’s biggest producers of bottled water. “We don’t serve a single bottle of Aqua on the premises,” said John with a laugh. While many Western expats blame the Balinese for all the excess littering, John pointed the finger at the companies that make the plastic.

“It’s the corporations that produce the plastic and profit from it that should be responsible for it,” he said. Hopefully, companies like Aqua Indonesia can start to take a page out of the corporate playbooks of the Akilis and the Potato Heads of the world. As Cynthia explained about Akili, “He’s truly committed.” John added, “The thing about Ronald is that he truly believes that going green is the future. And it is.”