Travels with John and Cynthia: Morocco 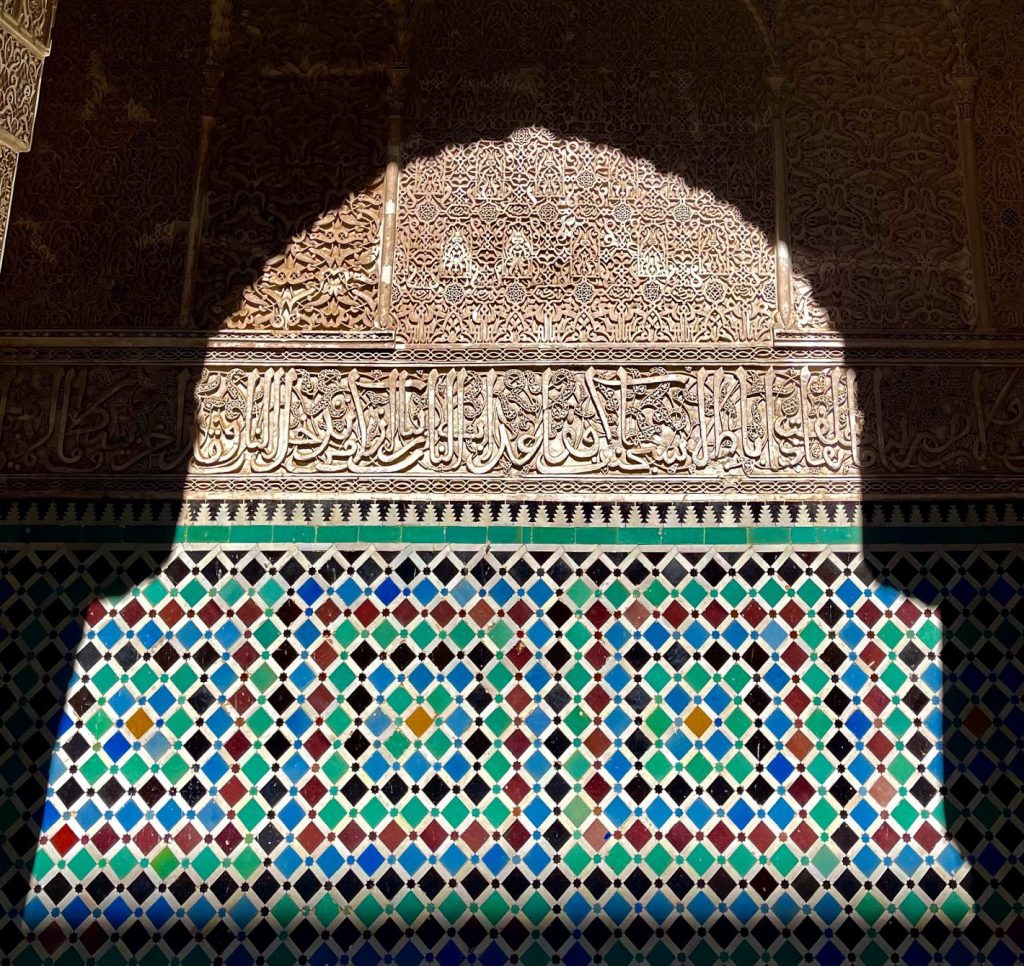 When the Jews and the Muslims were first driven out of Spain they came to Morocco and they were welcomed as trading partners to various kings.  They started painting things blue and as you can see it’s incredibly beautiful. 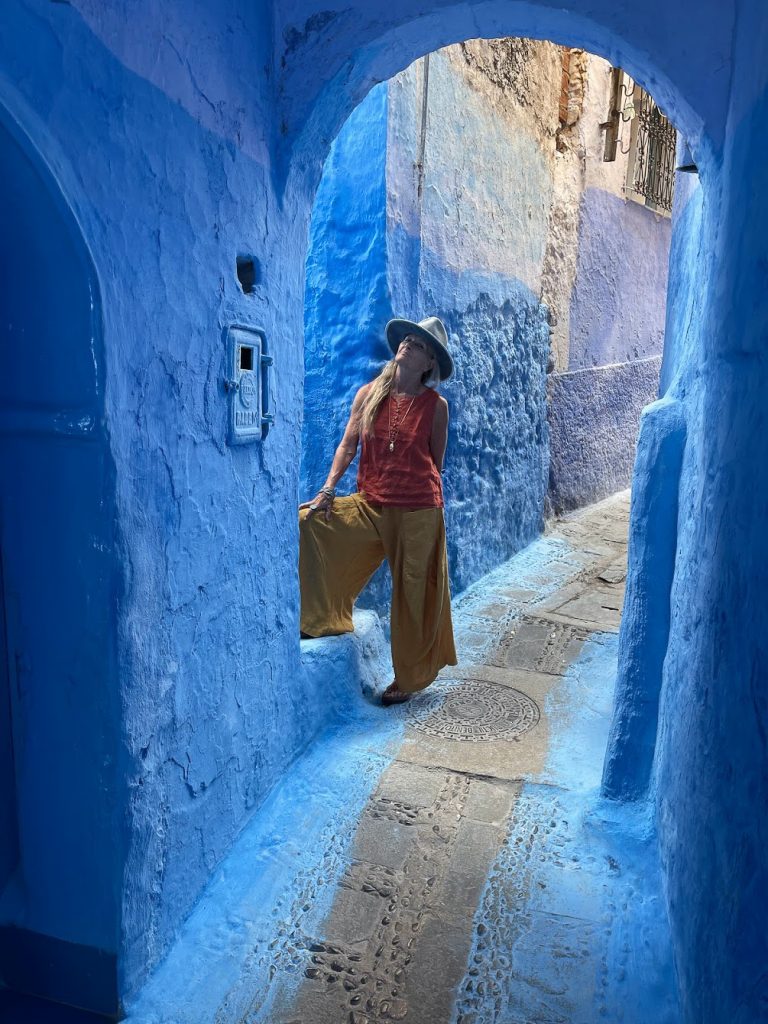 The ring below is by Sevan Bıçakçı, the most talented jewelry we know.

Markets are incredible and we are in olive land.

Culture in transition: working in the market wearing his Nike shirt, keeping track of his phone, selling hooves for soup and holding court for a small cat with big dreams. 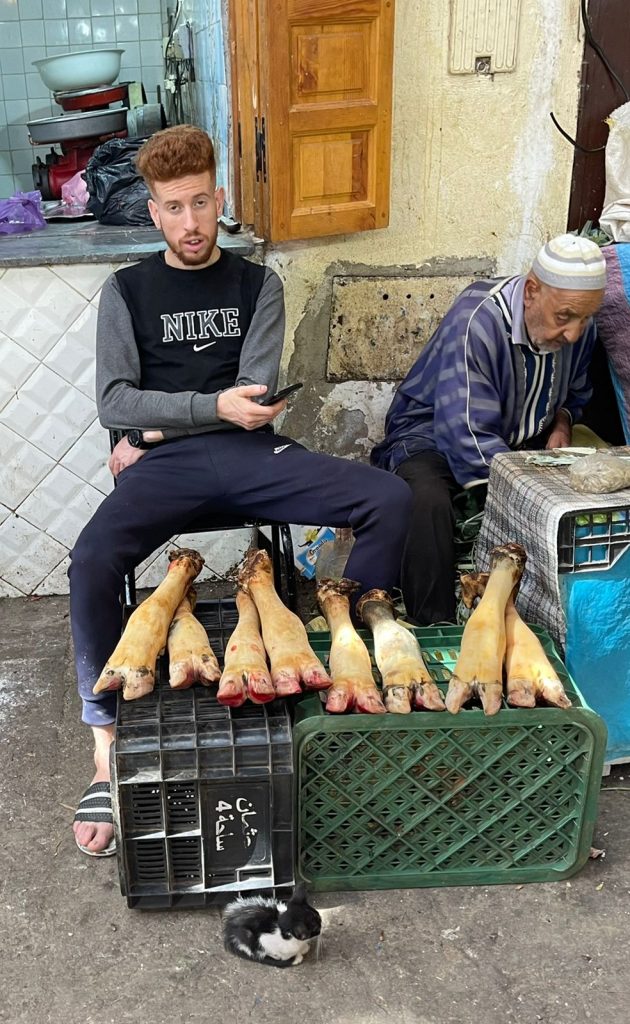 Copper and brass are really big here. Incredible artisans. We had the pleasure of visiting a factory and it’s actually done by young craftsmen the way it was always done. But all is not well for craft- people from the Far East are copying items that sell well and producing them in sweatshops. Simply killing local crafts. 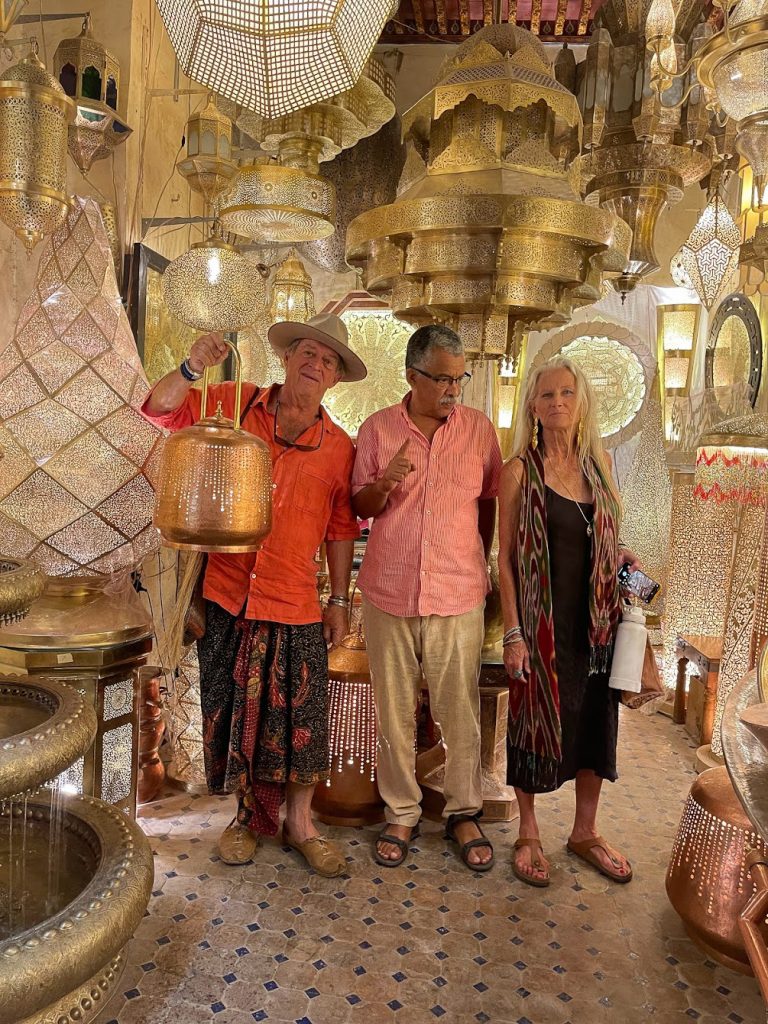 A post shared by John Hardy and Cynthia Hardy (@greenbyjohn) 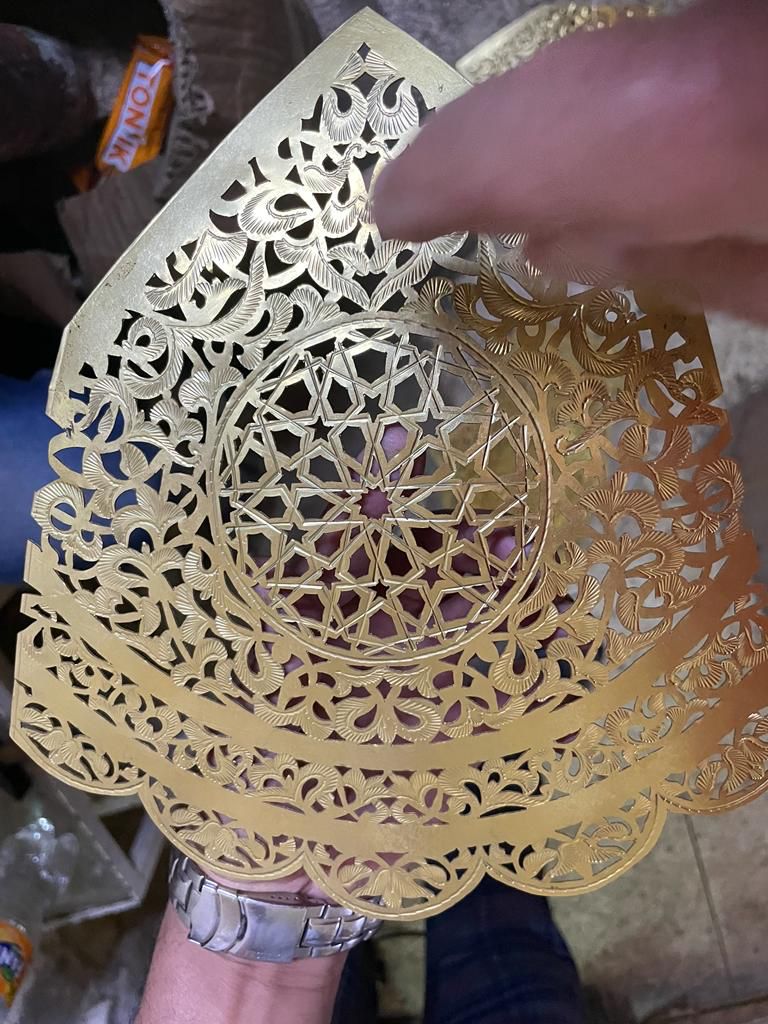 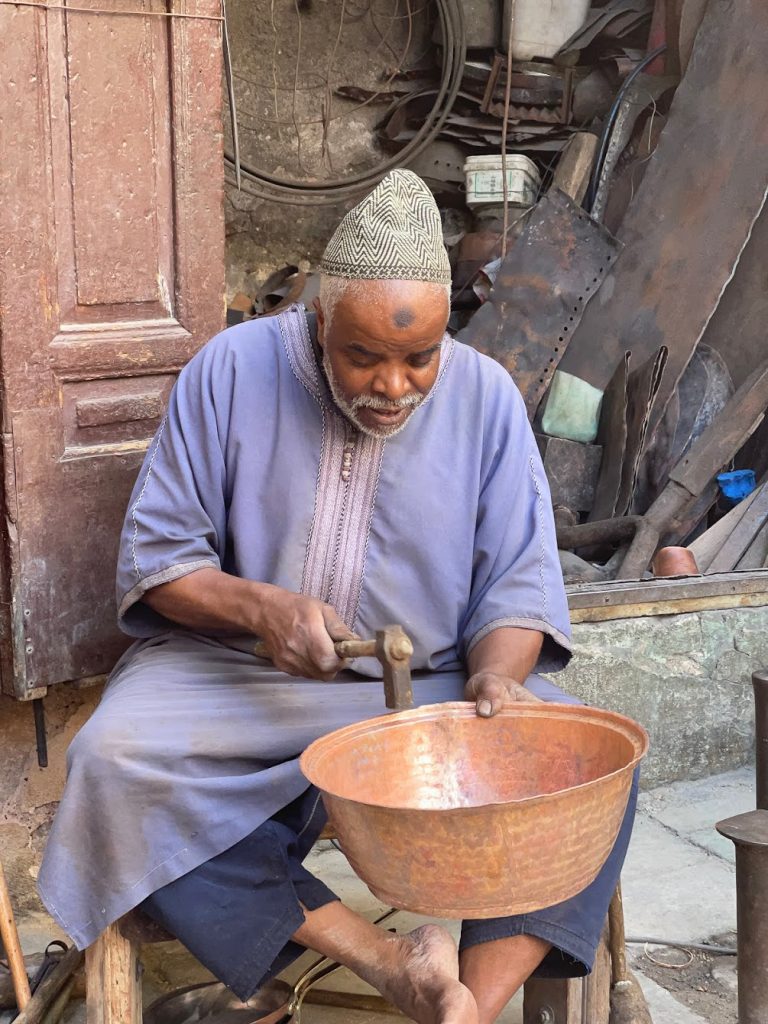 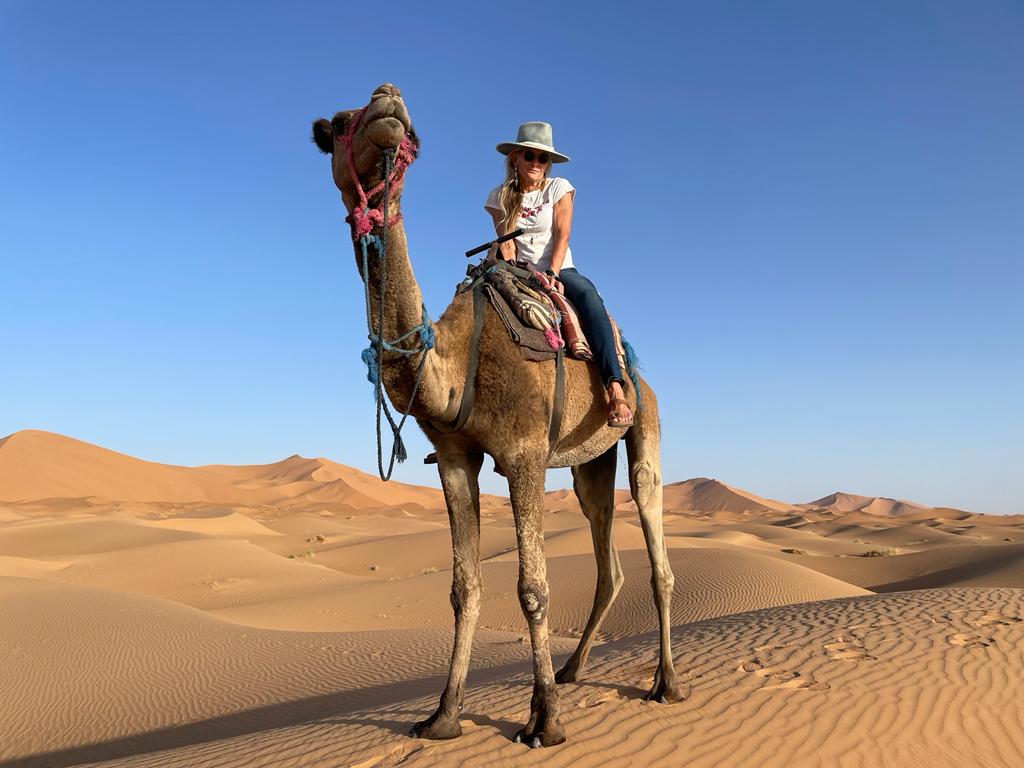 Most of the desert camps (so-called) were a disaster of ugly rectangular shelters that Lawrence of Arabia wouldn’t approve of.

But the people were really great and the sand dunes were world-class — bring your own Winnebago. 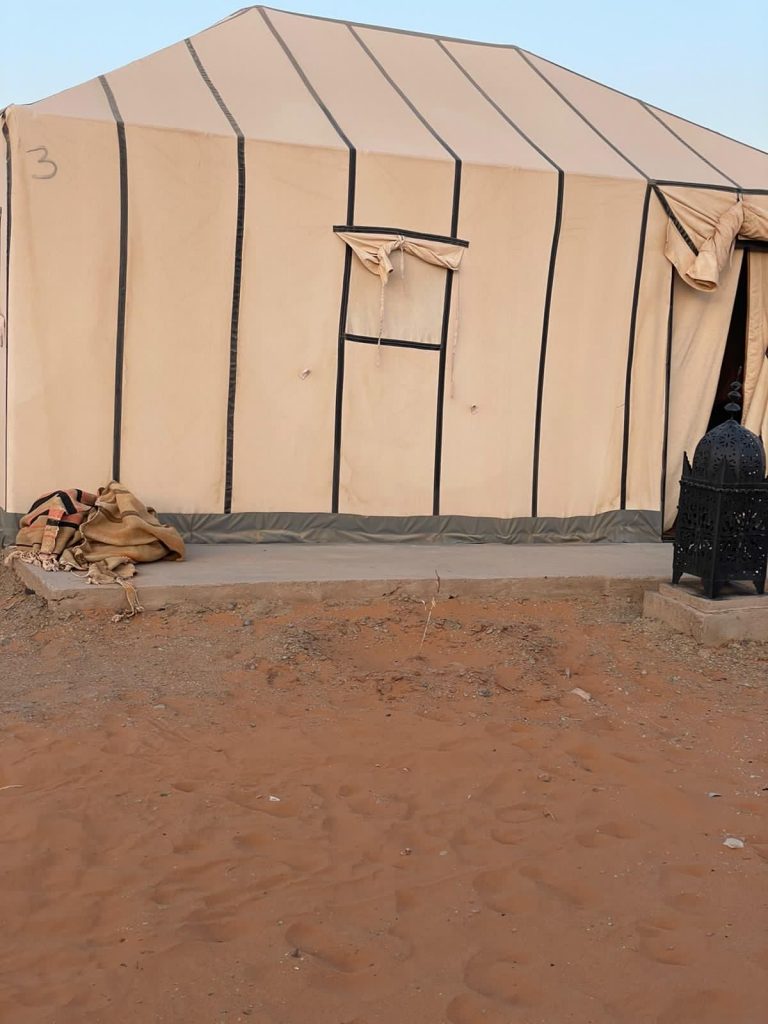 But we stayed in a beautiful place called Desert Heart Luxury Camp. 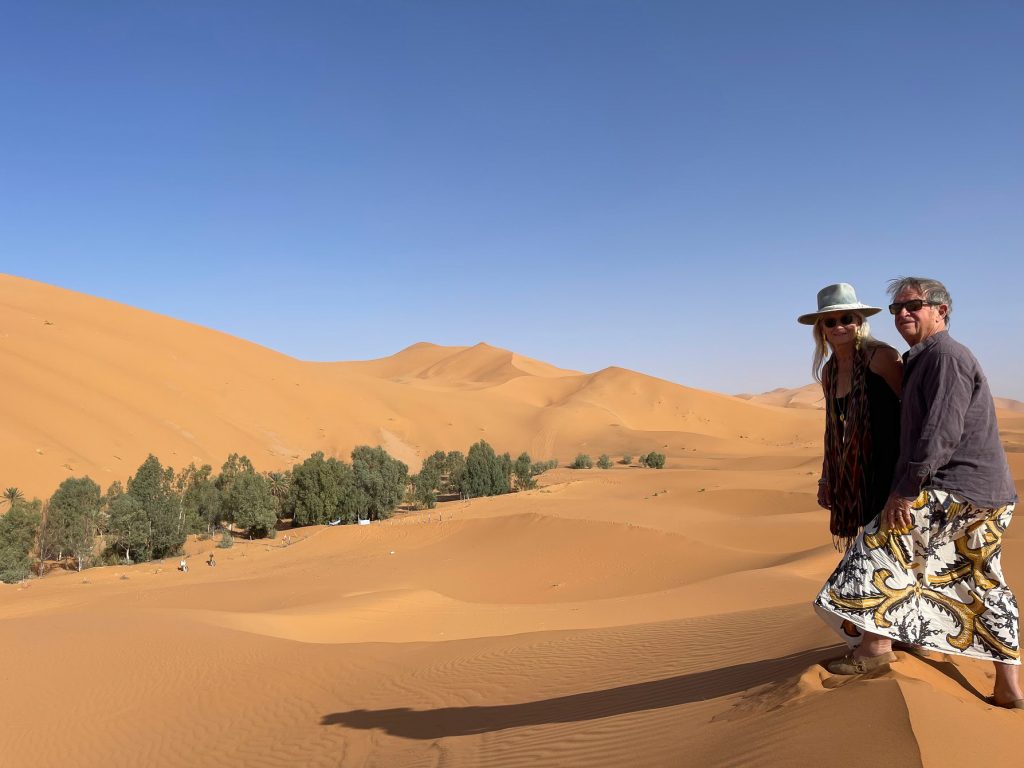 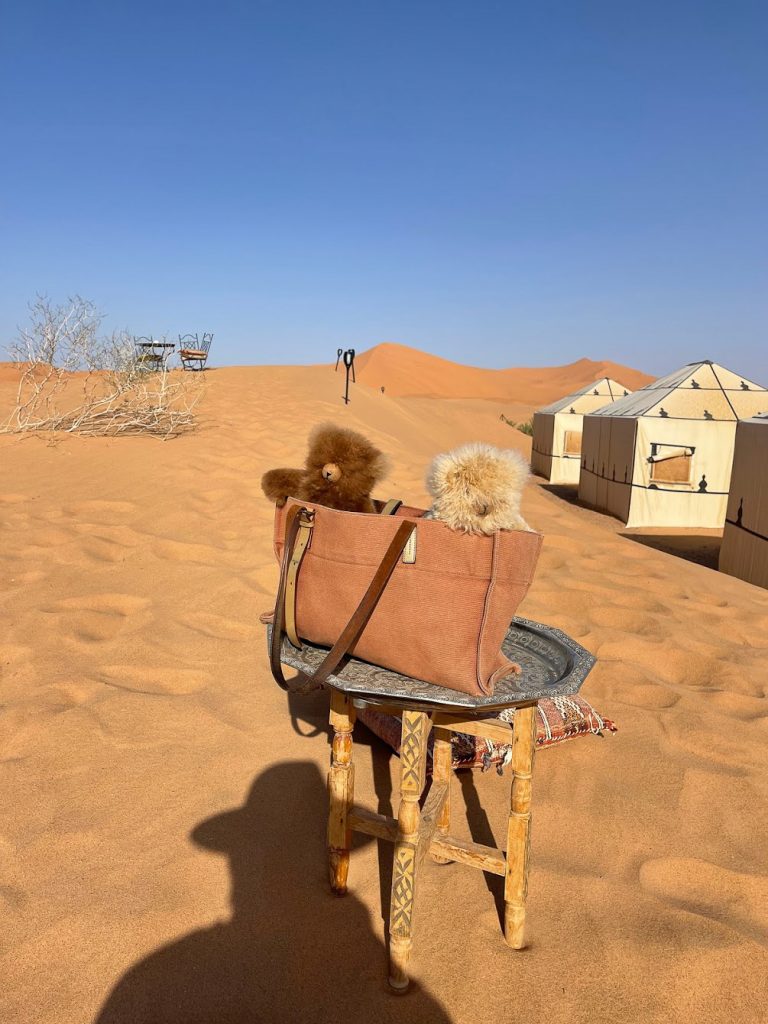 Bears hanging out in a palace and asking a camel for the time. 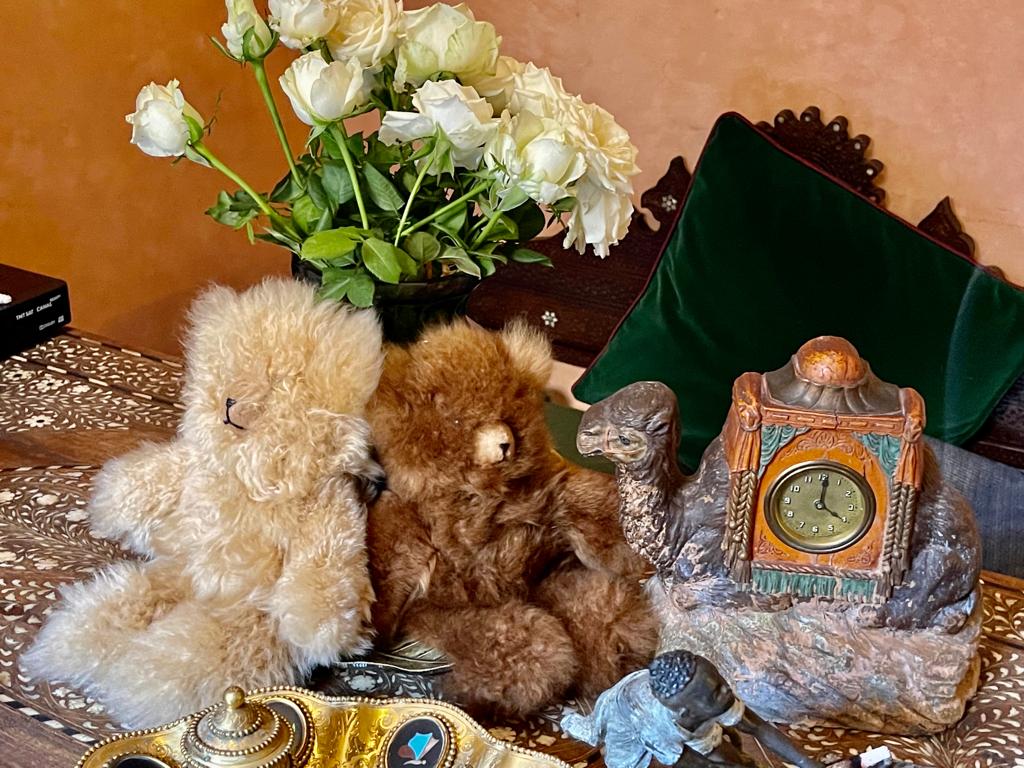 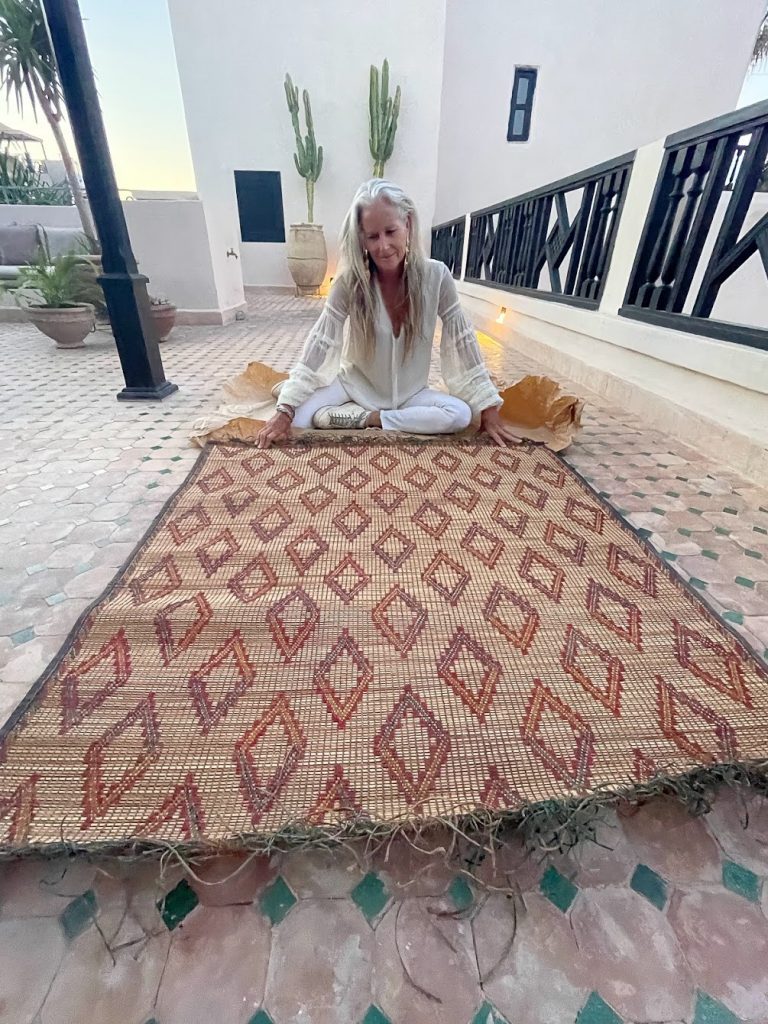 After water, concrete is the most widely used substance on Earth. If the cement industry were a country, it would be the third largest carbon dioxide emitter in the world with up to 2.8bn tonnes, surpassed only by China and the US. — The Guardian

The pioneer Canadians don’t have a long enough history to remember green building, unlike the Moroccans. Sadly in Morrocco the buildings are being made from cement now.

On a side note, have you read about the Green Mosque of Mali? It’s a mud mosque and the followers renew the mud plaster every year.

The Tadelakt method of plastering found in Morocco is amazing. It’s very fine lime plaster rubbed by hand, takes a lot of time and is very beautiful.

A waterproof plaster surface used in Moroccan architecture to make baths, sinks, water vessels, interior and exterior walls, ceilings, roofs, and floors. It is made from lime plaster, which is rammed, polished, and treated with soap to make it waterproof and water-repellant. Tadelakt is labour-intensive to install, but durable. Since it is applied as a paste, tadelakt has a soft, undulating character, it can form curves, and it is seamless. Pigment can be added to give it any colour, but deep red is traditional. It may have a shiny or matte finish. 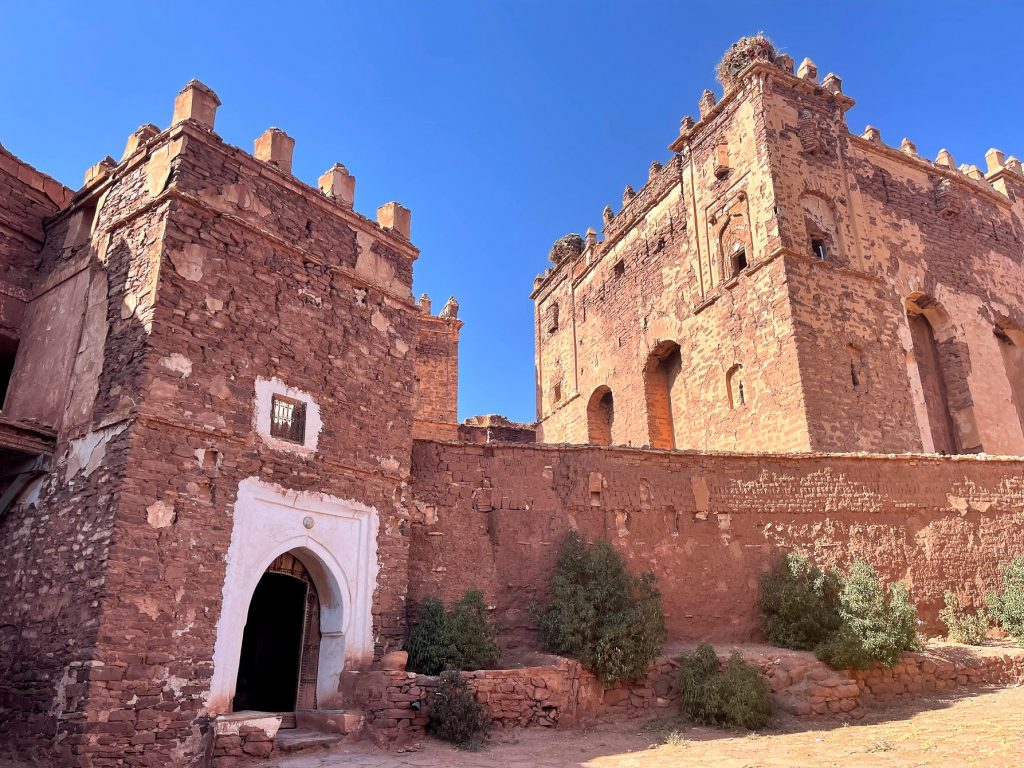 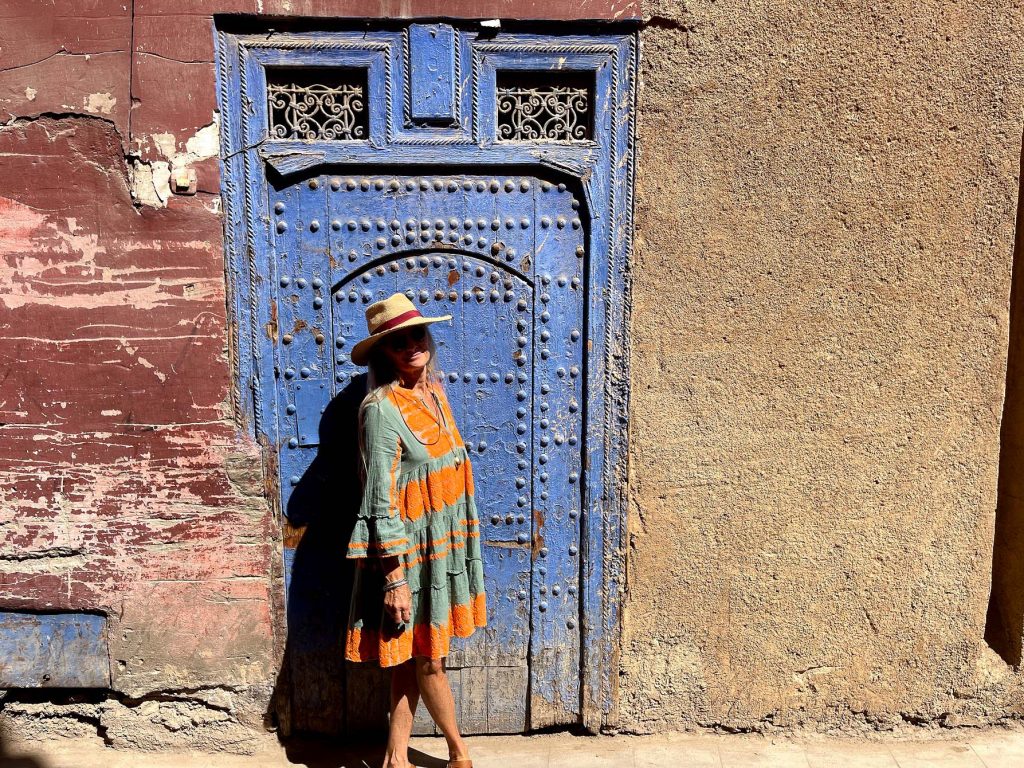 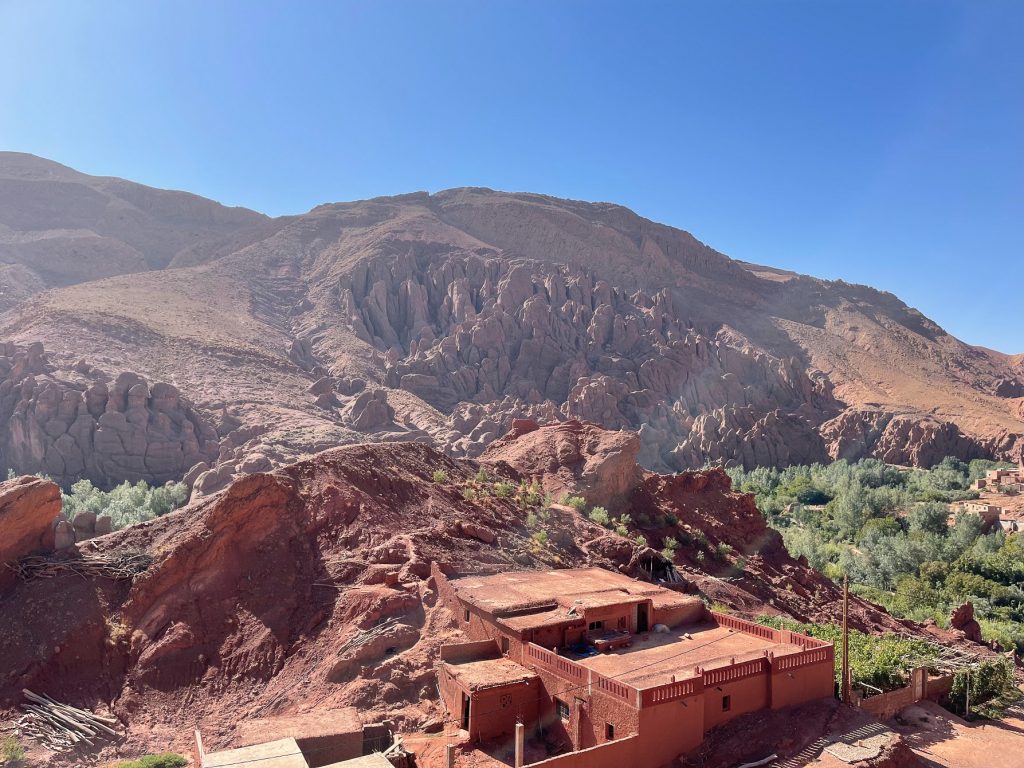 Small hotels are about people. In Boumalne Dadès we stayed at Chez Pierre. It’s owned by three brothers and was inherited from a Frenchman called Pierre. It had the best food we ate in Morocco. Hospitality with so much love. 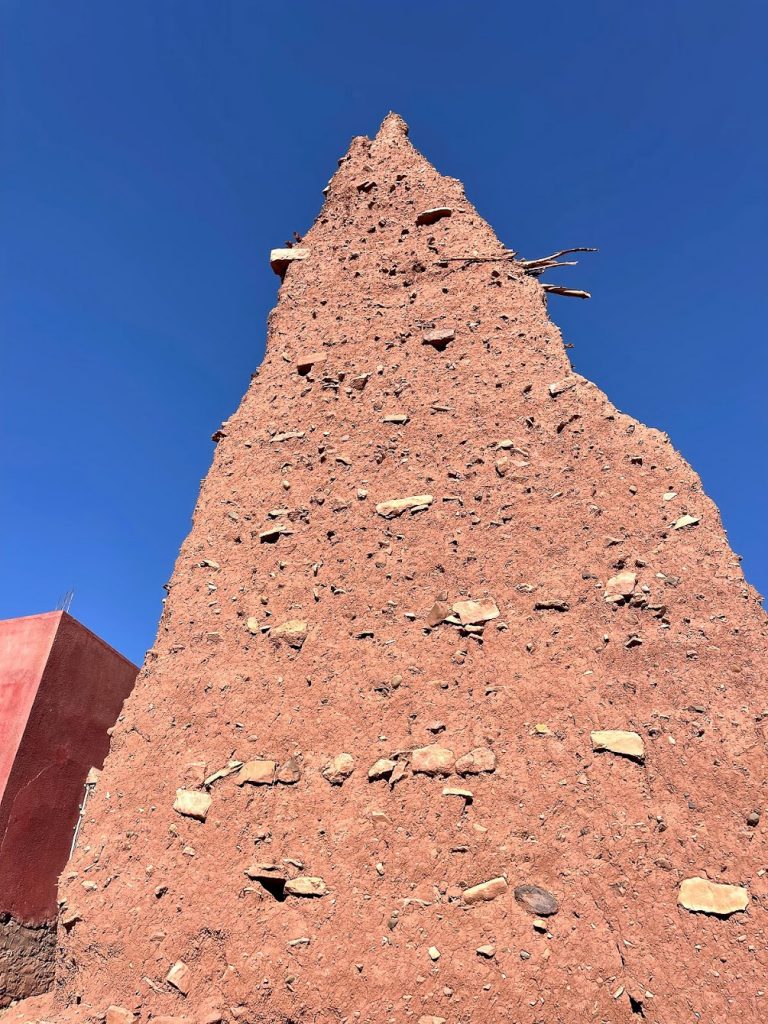 We also stayed at the PGH La Palmeraie Polo Club. Every since a disgruntled crush(ed) girl in high school tried to kill me with a giant horse, in an apple orchard with low hanging branches, I’ve been terrified of horses.

No longer. Polo ponies are my new best friends. They train the ponies at PGH.  It’s a Polo pony factory.