Ubud schools joining the fight against plastic with Sampah Jujur

Public schools around Sayan in Ubud, Bali are starting to take advantage of their trash problem.

Sampah Jujur volunteers Ibu Kadek, Pak Ketut and their son, Gian, also part of the Green School family, have been visiting a few schools around the Sampah Jujur HQ in Sayan, Bali, to share the news that Sampah Jujur is now buying plastic to be recycled. Today, SMP N 2 Ubud (a public middle school) and five SD (public elementary schools) are partnering up with Sampah Jujur to sort their trash and get cash in return for their recyclables.

Sampah Jujur, led by John Hardy, hosts a trash walk every day (except for Sundays) starting at 7am from Bambu Indah. Many individuals that share a passion to make Bali cleaner and plastic-free joins the trash walk and help to sort their trash haul into different categories of garbage. Sampah Jujur HQ is located in a traditional market in Sayan and next to a public elementary school, so local residents have started to ask questions and learn what it is all about. 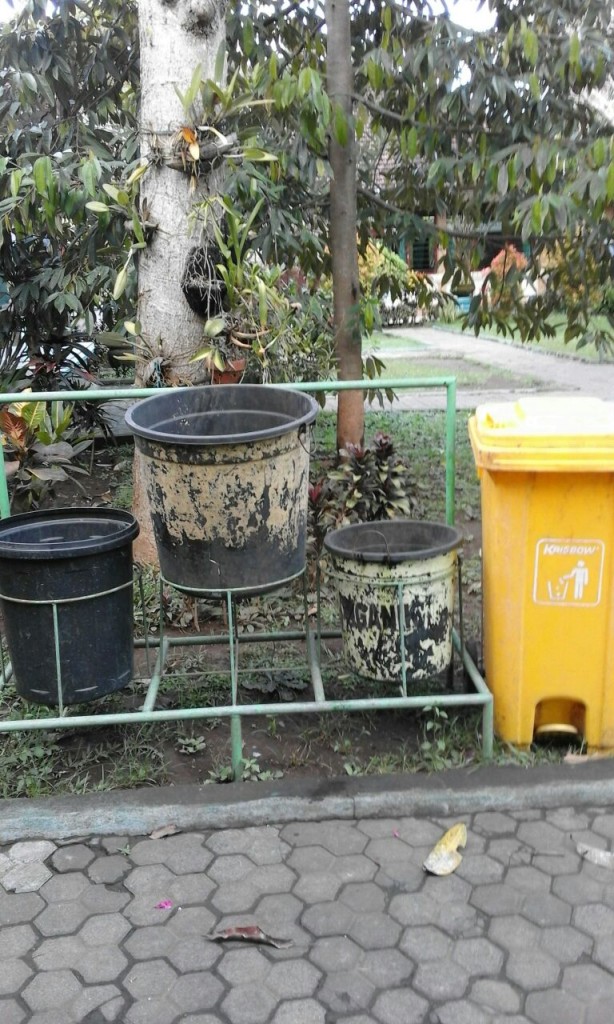 Ibu Kadek took the initiative to go to schools around Sayan to start a conversation about trash with the students.  “I’ve known Pak John for more than 10 years. Often, we spend the day sorting out trash, even if it’s raining. It would be nice to get more students to be part of this movement, so that’s why I started visiting schools and talking to teachers about the possibility of involving students. I want Bali to be plastic free,” said Ibu Kadek.

This passion is also spreading to other schools like SMP N 2 Ubud. Now they are taking full advantage of trash. The  student council from SMP N 2 Ubud, led by Yogi and supervised by one of their teachers, Ibu Suratni, took the initiative to start managing the trash that their school produces. Every Saturday, they bring a whole week’s worth of trash, making on average  Rp. 120,000 (9 USD), The money goes straight to their petty cash.

“We, SMP N 2 Ubud, are proud to be working together with Sampah Jujur. We are aware of the trash problem and we would like to make a better learning environment at school. By partnering up with Sampah Jujur, this is a way for us to make our school cleaner,” said Ibu Suratni.

In addition, during the orientation day for new students going into grade 7, SMP N 2 is now doing something different. Usually, for students entering grade 7 or grade 10, each Indonesian public school holds three days of orientation that involves enforcing the seniority hierarchy without emphasis on imparting any new knowledge. However, SMP N 2 Ubud is now going to allocate time to spread awareness about trash and their involvement with Sampah Jujur in the hope that new enrolled students will join the movement.  The first orientation day event netted over 100 kilograms of plastics for Sampah Jujur.