Elora and IBUKU in ‘Home’ by Apple TV+

Incredibly proud to watch this documentary on IBUKU’s work: ‘Home’ is available now on Apple TV+

Great feedback from everyone:

In a bit of fated synchronicity, Apple TV+’s docu-series “Home” premieres just as everyone’s been spending a lot more time there. The nine-episode lineup, a South by Southwest Film Festival selection, debuts in its entirety April 17.

The short take: The series is exceptional.

Surprisingly varied as well as profound, the half-hour segments document nine international iconoclasts and their bold domestic visions. What might have been just another “OMG” take on outré luxury digs, or a breezy riff on ways to make homes sustainable, is actually a deep dive into the very meaning of “home.”

Don’t be surprised if the series transforms the way you consider your own residence — whether you inhabit a six-bedroom manse with jetliner views or a 344-square-foot studio apartment. The show also features eight other spectacular homes. In Bali, a whimsical bamboo home named Sharma Springs built by designer Elora Hardy is featured. This home defies convention because of the use of bamboo, which itself is an enigmatic and eco-friendly material. No two poles of bamboo are alike, so every room, bridge and bathroom is exquisitely unique.

That is not too hard when you have so many stunning locations and arresting designs to depict and explore. Arguably, the most alluring home of the series is Elora Hardy’s Sharma Springs in Bali, which is made up entirely of bamboo. The result is an astounding home that looks and feels as though it has come from a different planet.

Hardy’s past inspired her deeply spiritual and environmentally friendly plans. After becoming disillusioned with her work at fashion label Donna Karan in New York and the wastefulness of the fashion industry, she turned to architecture. Hardy focused on the use of bamboo because it represents the identity and culture of the Indonesian province where she was raised. 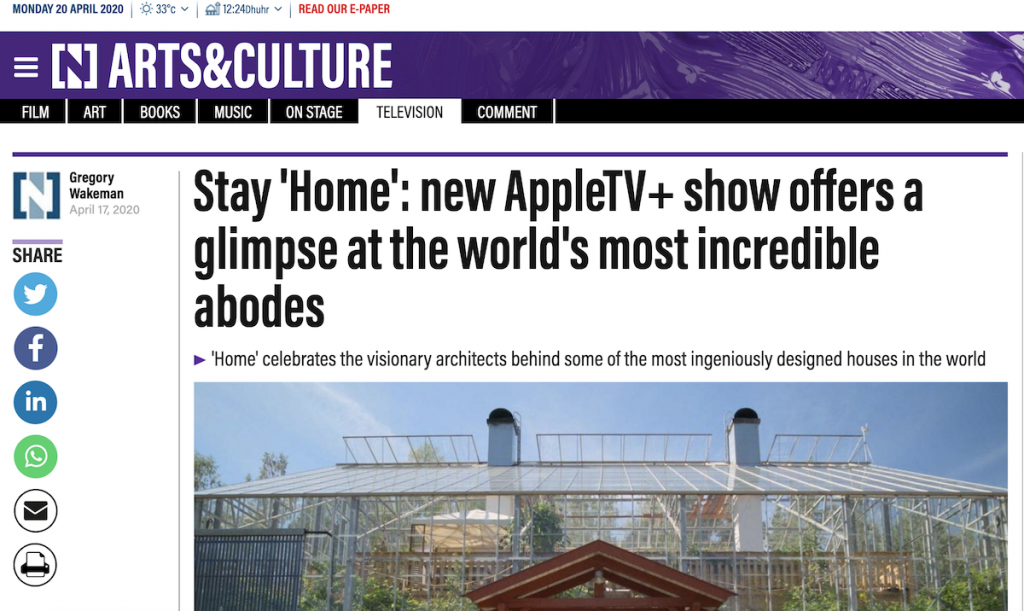